Willow Park, a city once bordered by the historic Bankhead Highway, is a town of visionaries. By 1940 U.S. Highway 80 replaced much of Bankhead Highway and soon after, a park complete with Willow trees and a pond was built for travelers. The park was destroyed with the completion of Interstate 20, the town, however, retains its memory through the name, Willow Park, and the pond is still visible north of the interstate highway. Currently planned for the immediate future is a new golf course surrounded by estate homes as well as garden homes for empty-nesters and retirees. As well, Crown Development Corp. has laid the groundwork for a large commercial development on I-20 adjacent to the Clear Fork of the Trinity River where not so long ago, pioneer neighbors hailed each other on their way to the original Willow Springs Church. In two more years, Willow Park will celebrate its fiftieth anniversary and with continued careful planning will be able to weather the certain growth being thrust its way for the next fifty years.

One of the quickest growing areas East of the county seat is Aledo. Aledo is the oldest city in Parker County, formed as a farming settlement. Today, Aledo has a uniqueness which preserves its historic character and citizens that appreciate the quaint, country feel the town possesses.  The Aledo Independent School District’s success has become a major economic engine for development.  Aledo ISD has consistently been recognized among the best in North Central Texas with success in academics and sports programs.

Azle is a suburban community with a rural quality of life. Azle is just fourteen miles
northwest of Fort Worth, which provides the conveniences of the big city without losing
the appeal of a small town. The City is twenty-five miles from Alliance Airport and thirty-five miles from
the Dallas/Fort Worth International Airport.

Springtown is on State Highway 199 twenty-seven miles northwest of Fort Worth near the northern border of Parker County. In 1856 Joseph Ward of New Jersey settled on the site, on a creek fed by numerous springs seventeen miles northeast of Weatherford. Three years later Ward designed the town square and named the place Littleton’s Springs after a pioneer family. In the mid-1870s the name was changed to Springtown following a petition by a majority of the 200 residents. Springtown has remained steadily a rural town, with many parks and museums for families to enjoy.

**The Handbook of Texas Online 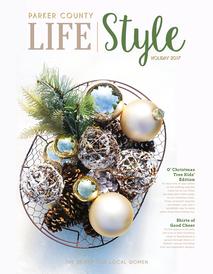 Founded in 1855 by Isaac Parker, Parker County has become one of the most desired places to reside in Texas. With its county seat of Weatherford conveniently located thirty minutes from Fort Worth, it is an ideal location for those who want to work in the metroplex, but long for the rural, family friendly environment that this area offers.

With a rich culture and history, Weatherford makes it easy to never have to leave home for entertainment and activity. The downtown district hosts some of the best antique dealers and shops a girl could ask for. Parks, gardens, and museums are in abundance for families who like to explore. Enjoy the First Monday Trade Days, concerts and movies in the park the city offers on the weekends. With annual events such as the Parker County Peach Festival, Frontier Days Rodeo, and Holiday in the Park, Weatherford has become known for its many traditions that bring people from near and far.

The City of Hudson Oaks was founded in 1978 by two small communities in Eastern Parker County.  The Oakridge and Hudson Heights communities came together and founded Hudson Oaks in order to establish a local government based on quality of life, low taxes, and it’s strategic location.  Today, Hudson Oaks is still following those early principals and has a history of stable and strategic political leadership.