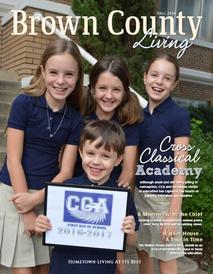 Once the largest cotton buying center West of Fort Worth and a detour for the Chisolm Trail, Brownwood brought settlers from all around, nick naming it, "The Gateway to the West".  In 1889 it added Howard Payne University to its growing population.  Today, the community also includes such attractions as Lake Brownwood State Recreational Area and Camp Bowie Memorial Park.

Located in the center of Texas and between several major highways as well as the Atchison, Topeka, and Santa Fe Railroad, Brown County is one of the most accessible and visited areas in the state.  Surrounded by hills and rolling prairies, the county is beautiful stretch of country that houses many agricultural businesses, brick and tile plants, oil producers, and the 3M plant.  Brown County also offers a great recreational lake enjoyed by many.

Settled in the 1850's, Early was incorporated December 15, 1951 and named after Walter U. Early, an attorney who donated land for the new school district.  Early is a small community in Brown County that was created and supported by the schools, churches, and members of the small town.